The founding of Akron Ohio can be traced back to 1825 and the town was to later become the head of the summit county in 1841. The city’s name is derived from a Greek word which means “point” or “an elevation.” The city did not initially sit at its current location since it was located slightly to the south. The city’s initial inhabitants were Irish migrants who were employed to build the Ohio and Erie Canal that is near the city. The canal was later completed in 1827. After that, the business interests of the inhabitants grew by leaps and bounds. This is because the city’s location near the canal was very strategic since most farmers brought their harvest to Akron for milling which was later transported to other cities and markets for sale via the canal. In the same light, other industries emerged such as textile industries and furnaces. Therefore, Akron Ohio started out as a small canal town. 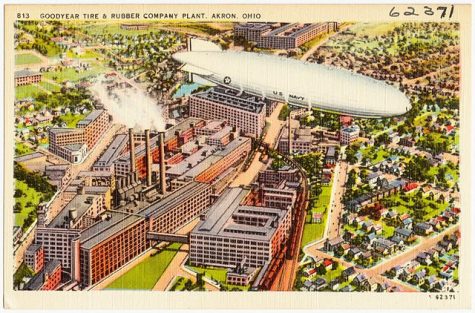 Later in the second half of 19th century, railroads were built which connected the city to other cities in Ohio. This led to the rapid growth of industries since the rail enabled the transportation of raw materials and wares from industries. Consequently, industries that dealt with cereals, stonewares and sewer pipes emerged. Prominent companies that set up branches in Akron include the Barber Match Company, Buckeye Mower and Reaper Company, B.F Goodrich Company and the world-renowned Goodyear Tyre company known for its rubber products. With the rapid growth of these industries, European immigrants and those from the Appalachian region started arriving in Akron seeking employment in these industries.

Despite these many successes that enabled the city to experience rapid growth, some factors dampened its growth in the twentieth century which includes the Great depression that resulted in many inhabitants losing their jobs. In this light, many industries recorded unemployment rates of over sixty percent. Despite these setbacks, the population continued to proliferate most likely due to the New deal Program. Moreover, the advancement in the automotive industry, was integral to the growth of the rubber industry from the year 1910 to 1920 since the demand for tires soared. This led to the city earning the nickname “The Rubber Capital.”

The fortunes of Akron changed when the United States entered the World War II. This is because industries got a new lease of life since there 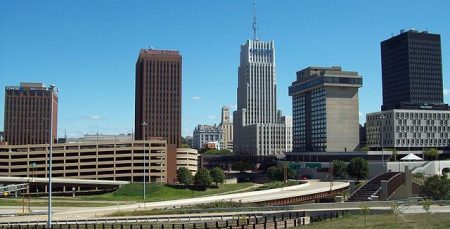 was a need for to produce war artillery and aircrafts. After the world war Akron Ohio faced hard economic times again, this also led to the decline of industries which led to the city’s population declining. Furthermore, the tire industry which was the backbone of Akron was slow to adopt changes in the technology of tire manufacture. This is because they were reluctant to embrace the radial tires technology and favored the bias ply ones over the former. Thus several industry players shifted base to other overseas cities in Europe that had adopted radial tires. Despite this development, tire manufacturing is still an integral part of Akron’s economy but it lost its status as the world leader. Its part of the Cleveland – Akron – Canton Statistical Area.