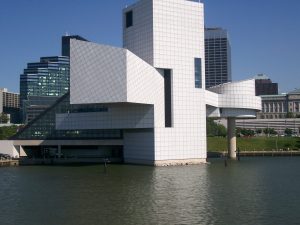 Rock and Roll Hall of Fame

Located on the Lake Erie shores in the midwestern state of Ohio, this city is known for many reasons, two of which are its world class orchestra and the Rock and Roll Hall of Fame. Because its home of the Rock Hall, music moguls visit it frequently. However, Cleveland is also home to some beautiful neighborhoods, great restaurants, amazing museums, and whole lot more.

As it’s conveniently nestled along Lake Erie, it also boasts scenic views. Clevelanders are proud of its rich history.
The Founding of Cleveland
General Moses Cleaveland, a surveyor from the Connecticut Land Company, founded the city on July 22nd, 1796. He discovered a 3.3 million acre piece of land called the Western Reserve. He was responsible for the design of the downtown area, which came to be known as the Public Square.
Lorenzo Carter, who constructed a home on the Cuyahoga River, became the city’s first settler on May 2nd, 1797. A census of Cleaveland town in 1802 showed 76 men. Cleaveland received its Village Charter 2 days before Christmas in 1814. Its population stood at 606 people in 1820.
The Cleveland Advertiser, the city’s weekly newspaper, dropped the ‘a’ in Cleaveland, thereby changing its name. It experienced rapid development after builders finished constructing the Erie and Ohio Canals In 1832. Its goods reached the Mississippi River and the Mexican Gulf. Traders valued it for its prime geographical location. Cleveland became Incorporated as an official city in 1836
Cleveland Ohio History: Development

At the time, Cleveland only hugged the East of the Cuyahoga River. War almost broke out between it and the neighboring Ohio City because of a bridge that linked them. Cleveland annexed Ohio City, then an independent municipality, in 1854.
Cleveland’s excellent geographical location explains its rapid development as a business center. It served as a transport hub for iron ore and coal. The city grew as a financial center as well.
It also became a manufacturing hub in the early years of the 20th century. Renowned vehicle companies like Peerless used its manufacturing services. Some of them produced steam-powered cars while others like Baker manufactured electric ones. People recognized it as the sixth city in America because of this phenomenal growth. It became the fifth largest city by 1920.

The Electing of Tom L. Johnson as mayor 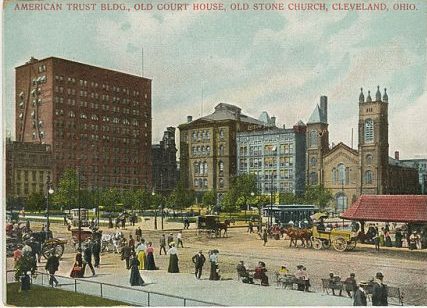 Cleveland elected Tom L. Johnson, a populist, on April 1st, 1901. He gained fame as the Great American Paradox. He connected with blue-collar workers, yet was a wealthy businessman himself.
Johnson introduced the Progressive Era. He made Cleveland a laboratory for civic invention and turned it into the best-run city in the country. He also constructed parks, grand buildings, and playgrounds for children. The mayor held government discussions in circus tents and involved the public. One of his top concerns was health.
Building hospitals
In line with Johnson’s concerns, four doctors from Cleveland- George W Crile, William E. Lower, Frank E Bunts, and John Phillips, came up with a framework for a new hospital in 1917. It would make up for the France-Field hospitals that had suffered the ravages of World War 1.
The four men cooperated along specialty lines and built the first Cleveland Clinic on Euclid Avenue. They set aside part of its income for research. The Cleveland Clinic is now a world-renowned Research Center.
Cleveland Ohio history: The Cleveland Orchestra 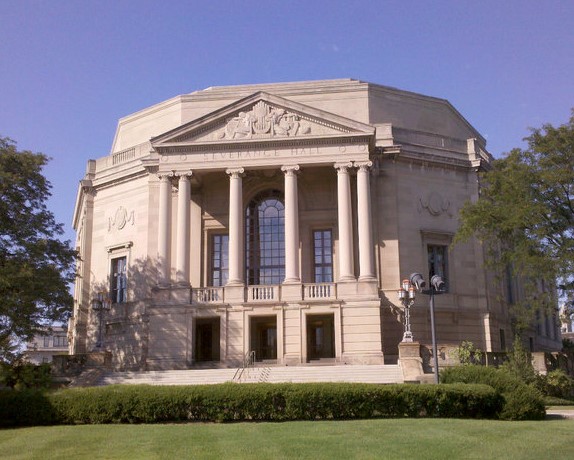 A significant event in the city’s history is the forming of the Cleveland Orchestra. The home base of the orchestra is Severance Hall. The founding of the orchestra was the brainchild of music impresario Adella Prentiss Hughes. She persuaded Cleveland’s elite to support a world-class orchestra and Cleveland began to make its mark in the music world.

Russian-born, Yale-educated conductor Nikolai Sokoloff directed it in 1918. It played in renowned concert halls like Carnegie Hall and became a symbol of status. Industrialist John L Severance sponsored the construction of its home in University Circle, where it is today. The orchestra now anchors Cleveland’s premier Cultural District.
Cleveland Ohio History: Success in Sports
Cleveland’s economy continued to boom. The city also became successful in sports. The Indians claimed the World Series in 1948. The Barons took the American Hockey League, while the Browns were a prominent name in professional football in the 1950s.  Back at that time, people called Cleveland “the City of Champions”. More recently the Cleveland Cavaliers won an NBA world championship in 2016, which broke a 50+ year championship drought in major sports titles.
Cleveland Ohio history: The great Cleveland Fires
On November 1st, 1952, chemicals floating in the Cuyahoga River caught fire and caused nearly 1.5 million dollars in damage. Most people ignored the incident, outrageous as it was. It was an unfortunate effect of industrial progress.
Another fire broke out on June 22nd, 1969. An angry Mayor Carl Stokes went with a group of reporters to Washington and demanded help to clear the mess. Washington thus passed the Clean Water Act.
Cleveland Ohio History: The first city to default
Cleveland’s economic growth ended in 1978 owing to a battle between Mayor Dennis Kucinich and a Consortium of six local banks. They recommended that he sell Cleveland Public Power, which he refused to do. The banks recorded 14 million dollars in loans, knowing that he 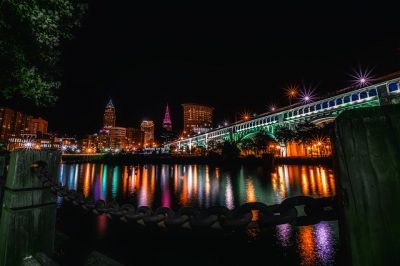 couldn’t account for the debt. The incident led to Cleveland becoming the first city to default. Kucinich lost the election of 1979.
However, the business community had to rebuild its relationship with the city. Under the new mayor, George Voinovich, successful downtown projects led to its regrowth. It became the Comeback City by 2007.
In recent years, Cleveland has come back in a big way. Improved infrastructure, a diversified economy, medical research, and the growth of the Arts have made Cleveland an example of a rejuvenated, older American city. Its government aims to revitalize its neighborhoods and increase funds for public education. Cleveland was the venue for the Republican National Convention in 2016 which also helped to put it on the international map.